For more information, click here, or on the image above.

Welcome to the after-match report from Banana Boat’s November fono in Grey Lynn.

Jenni had something about Spit.It.Out, a reading/performance opportunity for closet-performer writers and brazenly-out-there-already performers. This minute taker has of course lost the piece of paper Jenni entrusted him with – for actual details please either check our Facebook page or email Jenni.

Banana Boat’s end-of-year drinkies will be on Thursday 6 December at the Neighbourhood Bar in Kingsland. Check our Facebook page for more details.

Aroha spoke about his public reading of Luncheon earlier in the week. No matter what was said, David was just gutted on missing out, damn it.

David’s first full-length draft of Goodbye My Feleni was generously read by Shadon, Samson, Andy and Leki, with Leilani U. very kindly reading the directions. David is grateful to everyone’s forbearance for the hour-long reading – and always, grateful for any and all feedback on the draft’s strengths and weaknesses.

Welcome to the after-match report from Banana Boat’s September fono in Grey Lynn.

No apologies were received.

Geraldine was welcomed back!

Aroha had a full on month of play watching and he shared his views to a very appreciative audience.

Louise‘s We Should Practice is holding workshops on applying for International Residencies, Wednesday 10 to Thursday 11 October 2012 – more details here.

Suli Moa‘s A Heart’s Path is on right now!

Louise gave the fono the “Five Items Exercise”.  It was challenging!  It was hilarious!  It was fun!

– will be on Thursday 25 October at the Toi Ora Live Art Studio, 6 Putiki Street, Grey Lynn.

Welcome to the after-match report from Banana Boat’s August fono in Grey Lynn.

Jenni spread the word on the Asian Ink initiative.

Jonathan’s got fingers in all sorts of pies. I quickly lost track of what he’s going up so I suggest you just Facebook him.

The Pollywood 2012 submission deadline is Friday 31 August. Get shootin’, rockin’ and choppin’.

Kila Kokonut Krew’s tenth anniversary remounting of The Taro King is in its last days – matter of fact, it closes on Friday 24 August 2012.

Suli Moa‘s A Heart’s Path is going up in October.

Leilani’s Church St was read by Rob, Jenni, Jonathan and Tanya, with script directions read by Kahurangi. Everyone wanted more; David whined that it was unfinished but was a sole voice of whiney-bitchiness. The group was heartened by the Q&A that followed and look forward to its next stage of development.

– will be on Thursday 27 September at the Toi Ora Live Art Studio, 6 Putiki Street, Grey Lynn.

Welcome to the after-match report from Banana Boat’s July fono in Grey Lynn, which was very kindly run by Leilani Unasa.

David apologised profusely to Arnette for not crediting her for running the previous month’s fono (the minutes have been very belatedly fixed).  Just this once, she stayed her hand, and David understood just how lucky he was.

Enter the Banana winner Suli Moa‘s A Heart’s Path will have its world premiere in October as part of the 2012 Matala Tongan Festival.  When we know more, you will know more.

Kila Kokonut Krew’s tenth anniversary remounting of The Taro King is due at the Mangere Arts Centre 16-21 August 2012.

Jenni, Louise and David reported on the reading of Goretti Chadwick’s Galulolo (Tsunami), which they attended earlier in the evening.  Auckland Theatre Company will be be mounting Galulolo 11-20 October 2012.

– will be on Thursday 23 August at the Toi Ora Live Art Studio, 6 Putiki Street, Grey Lynn.

Welcome to the after-match report from Banana Boat’s June fono in Grey Lynn.

LEILANI was kind enough to take questions about Indigenous Theatre’s run of CHRIS MOLLOY’s The Last Taniwha.  Her answers were enlightening.

JENNI was also kind enough to do a Q&A on Hekama Creative’s run of MICHAEL REWIRI-THORSEN’s Strong Hands. Her openness was appreciated.

The next slew of Creative Clinics, Newbie Writers Workshop, and proposed Master Class are slated for the Southside Festival (previously the Manukau Festival) in September-October this year. Details will be advised closer to that time.

The 2011 Survive + Thrive Forum is back, and on for one day only:  Thursday 14 July.  Book now or brace for disappointment.

LEILANI and JENNI are part of the Short + Sweet season.  There are unconfirmed rumours that CHRIS MOLLOY and JONATHAN RILEY are also involved.  Short + Sweet has been running since 5 July and runs this Saturday.  Mark Saturday 16 July in your diaries.  Go on.  Now.

SHONA TARAI, JONNY SAGALA, VENUS and LEILANI are part of an exhibition at the Fresh Gallery in Otara opening in either late July or early August.  Peel your eyes.

Banana Boat has booked dates for some Christmas Cheer around late November to early December. Be afraid.

GRANT’s musical, “Earthquake Weather”, was read by those present, enjoyed, with feedback given to Grant for his consideration.  Thanks, Grant – we look forward to the next draft.

– will be on THURSDAY 28 JULY 2011 at the Mangere Arts Centre, corner of Orly Avenue and Bader Drive, Mangere Town Centre. 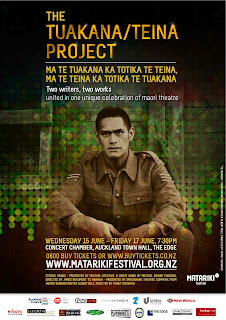 Welcome to the after-match report from Banana Boat’s April fono.

LEILANI proudly announced a Master Class with Kath Akuhata-Brown, to be held in June, made possible in partnership with the New Zealand Film Commission. Watch this space for more details.

Playmarket are taking the New Writers and Creative Clinics workshops on the road. Check out their website for more information.

Correction: the rumour of LOUISE’s Le Tauvaga being mounted in May is untrue. Banana Boat apologises to Louise for the random-seeming queries stemming from last month’s minutes.

Banana Boat clinics are going two for two at this year’s Matariki in June:
– Creative Clinics, 11-12 June, with an evening presentation on Sunday the 12th;
– Newbies Workshop, 12 June.

Again. Although it was called a fun activity in introduction, all meeting attendees saw right through that but humoured the creative spirit that is Banana Boat.

Taking a break this month. (And my apologies again to LEILANI for setting the April meeting a whole week earlier than the traditional “fourth Thursday of every month”.)

– will be on THURSDAY 26 19 MAY 2011 at the Mangere Arts Centre, Corner of Orly Avenue and Bader Drive, Mangere. Fono are currently alternating between Grey Lynn and Mangere.

– were received from a double-booked LOUISE TU’U and an otherwise engaged OLIVIA MULI’AUMASEALI’I.

JENNI has, as previously threatened stated, officially stepped down as co-facilitator. LEILANI has taken up the reins. We expect JENNI to continue her attendance and, without the group coordinating/facilitating being in her way any more, finding the time to write the stories she’s been threatening to write since Banana Boat set sail.

MAUREEN was outed as being flown down to Wellington because she’d been shortlisted for one of the 2011 Adam New Zealand Awards. UPDATE: Maureen went on to win Best Play by Pasifika Playwright. Malo le galue, Maureen!

There was some discussion about Maureen’s experience about having her first play being workshopped, with LEILANI giving some insights into how the writer can fit in with the workshopping process.

UPDATE: Banana Boat has done it again with more creative clinics and a newbie workshop at 2011 Pasifika.

There’s a rumour that LOUISE TU’U’s Le Tauvaga will be up in May. Go hassle her at We Should Practice for more details. Tell her Dave sent ya.

Banana Boat clinics will be going two for two at this year’s Matariki in June-July:
– Creative Clinics, 11-12 June, with an evening presentation on Sunday the 12th;
– Newbies Workshop, 12 June.

At Someone’s insistence, those present were ambushed with a writing exercise. Here’s some parameters, Someone Else said. Now write a page of dialogue in fifteen minutes. And at the end of those fifteen minutes, a coup de grace: Now read it out loud.

People didn’t walk out. Or spontaneously self-combust. Some even said it wasn’t too hard. They got some writing done, others said. People seemed to like it.

So it might even be done at the next meeting. But in a different form. Maybe.

— was provided by DAVID – another work in progress – and also in serious need of finishing. (He’s working on it. In between feeding his BPRD addiction.)

– will be on THURSDAY 21 APRIL 2011 at the Toi Ora Live Arts Trust, 6 Putiki Street, Grey Lynn. Future fono may alternate between Grey Lynn and Mangere. Watch this space.

Welcome to another late after-match report – and the first 2011 Banana Boat broadside.

There was a gentle reminder for the Brown Ink sessions – okay, they were generous exhortations. JENNI tempted those present with the promise of Heka Catering putting on the Brown Ink feed.

The GRANT BAYLEY LIBRARY is as follows:

A webpage will be set aside for this library.

2011 is shaping up to another bumper year for Banana Boat and its yet-unnamed sibling organisation/production-unit. What else did you expect us to say: Watch this space.

Assuming someone (cough) is organised enough, it’s hoped that the February 2011 fono will be held in South Auckland.

GRANT shared a five-minute monologue that emotionally affected all present – technical discussions almost seemed like an insult but it’s one thing to share within a group, and another to share with a cold audience. The Banana Boat always wants its writers to put their best jandle forward ’cause it’s what we do.